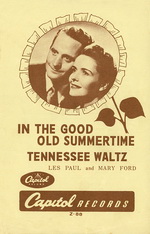 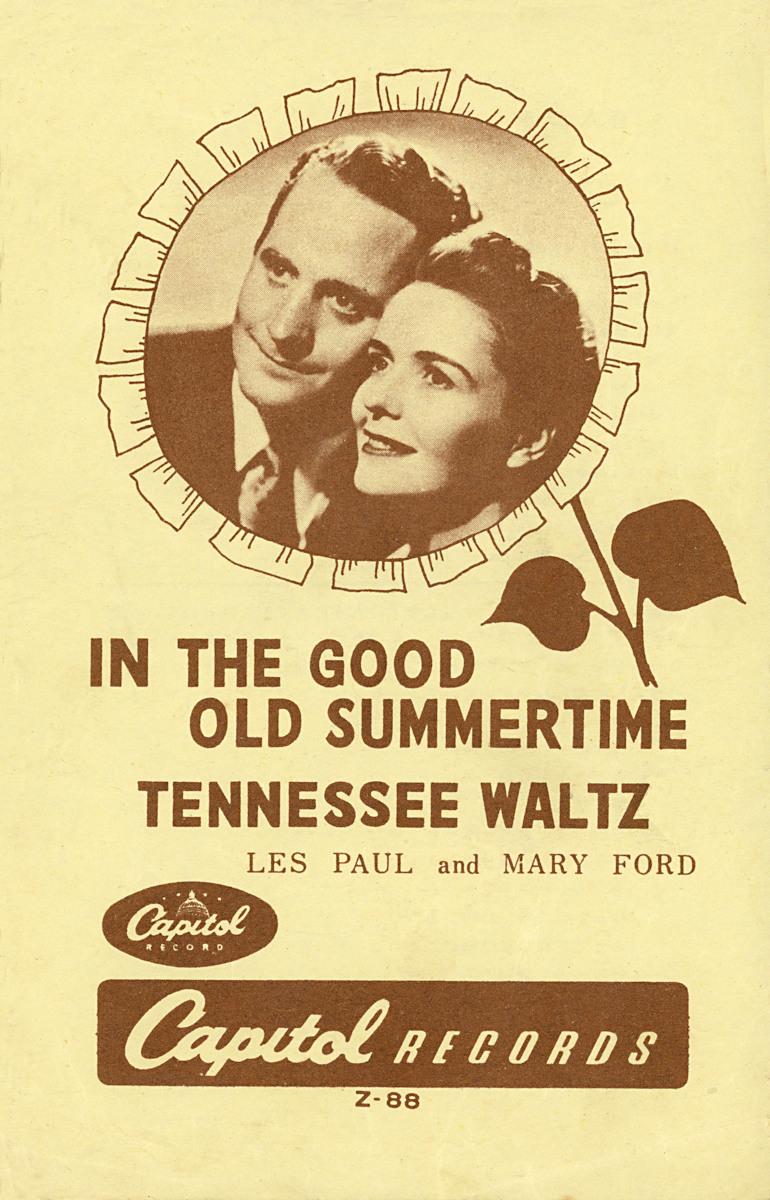 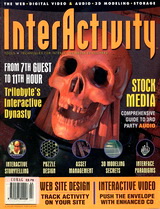 This was an American magazine, which I used to buy on occasions from a newsagent just down the road from where I worked. They had quite a few American magazines imported every month which was good. It was tagged as 'Tools and techniques for interactive media developers' and was divided into three sections, Features, How-To Columns and Departments. This issue had a 22 page feature on Inside Trilobyte (the company behind The 7th Guest), in the F.A.Q. there was an explanation on Soundfonts and in the how-to columns a guide to stock audio. The magazine cost £2.75 (a sticker over the area where the American price was printed) and products advertised included Roland's Sound Canvas DB at $259 and Corel CD Creator at $169.99. 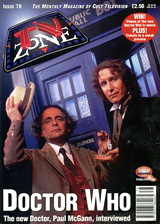 Tagged as 'the monthly magazine of cult television', this was an off shoot from the Starburst magazine and covered sci-fi and other genres on television. This issue featured a guide to Season Three of the X-Files (episodes 11-18 only), and interviews with Dawn Porter (from The Protectors), Robert Beltran (Star Trek: Voyager), Richard Biggs (Babylon 5) and Paul McGann (about the new Doctor Who movie). The magazine cost £2.50 and on the back was an advert for Star Trek:Deep Space Nine Harbinger, a CD-ROM adventure and Star Trek:Klingon, a 90 minute full-motion, full screen interactive episode. 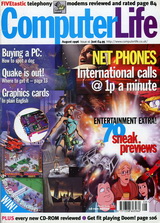 One of the many computer magazines around at the time, it included news, gadgets, reviews, plenty of adverts and every new CD-ROM reviewed. It came with a CD-ROM on the cover (and also had a floppy disc version available) which this month had screensavers, free trials of AOL, Compuserve and UK Online, software and game demos plus highlights from the past two issues of the magazine. Articles included internet telephony, an explanation of graphic cards and how to make your own Lovers' Truth or Dare game. It cost £4.95 and adverts included the Okipage 4w 600 dpi LED printer at £259 and the Vision Master Pro 17 inch monitor at £727.33 (including VAT). 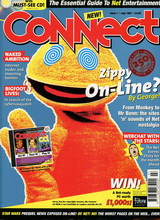 Tagged as 'The Essential Guide To Net Entertainment' with a must-see CD (not available outside the UK), this magazine was divided into Features, Regulars and Listings. In this issue, the CD-ROM featured clips from The Fifth Element, The Devil's Own and One Fine Day. The TV section had the X-Files and The Simpsons, and the music section had The Chemical Brothers, HAL (featuring Gillian Anderson) and The Orb. Articles included a rant about Channel 5 three months after its launch, and listings for old telly websites featuring Danger Mouse, Bagpuss, Metal Micket and Rainbow (hence the front cover). These types of magazines were the search engines of the day, and website addresses were not easy to remember. The magazine cost £4.99 and adverts were mainly for internet access, like Global Internet offering access for £105.74 per year ot SAQNet charging £12.50 per month, plus £10 connection fee with the first payment. 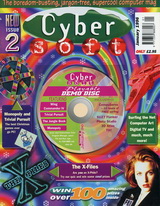 The top of the magazine has the tag 'The boredom-busting, jargon-free, supercool mag' and it came with a playable demo disc which included Wing Commander IV, Trivial Pursuit, The Jungle Book and 10 hours of free surfing with CompuServe. There are plenty of reviews and lots of colourful pictures but the format has large text and it seems as if there isn't much writing content. They have a feature where you can interview someone, and this issue it is with Radio 1 newsreader Tina Richie. The young chap who interviewed her also also got to say what it was like. If you wanted to report for Cybersoft, you had to write in with six questions, name, address, age, telephone number and membership number. Yes, you had to join the CyberClub, which meant phoning a premium rate hotline first. There were quite a few competitions which wanted your telephone number when you submitted your entry, or ring a premium phone line to enter. It was aimed at a younger readership, but the insistance of your telephone number or using the telephone to enter was a bit dissappointing. The magazine cost £2.95 and adverts included Earthworm Jim 2 and CD Online (THe Net On Your Set). 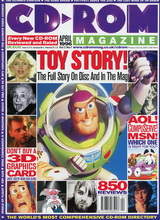 Tagged as 'The world's most comprehensive CD-ROM directory', this issue came with three cover discs. The first was a Toy Story disc with screen savers, game demo and behind the scenes footage from the film. The second had demos of Command & Conquer, Descent II, Great Generals, some games for Mac only, and a snippet of Blender, the interactive bi-monthly pop culture magazine. The third was an AOL disc. The magazine had a letters page (or Feedback as they call it), troubleshooting for hardware as well as games, and features, including one about The Toy Story movie. The reviews are divided into Titles (such as Blockbuster Video Guide to Movies & Videos), Videodrome (such as MTV Unplugged) and Arcade (like NBA Live 96). The magazine cost £4.99 and adverts included the game Ripper, with Christopher Walken and Burgess Meredith, and NEC's MultiSpin 4X4c four disc CD-ROM at £189. 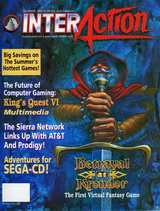 The tagline say it all, 'A blatantly biased look at games from the SIERRA Family'. Another American magazine which I have no idea how I got in the UK, possibly from a computer show. New games featured include Betrayal at Krondor, Police Quest 4 and King's Quest VI: Heir Today, Gone Tomorrow. There's a feature on how Ken and Roberta Williams wrote their first adventure game Mystery House, and a tongue in cheek behind the scenes look on the set of Space Quest V. The magazine cost $2.95 and adverts included US Robotics The Sportster 14,400 Fax/Data Modem at $209 for external, $199 for internal and Adlib Gold 1000 for $179. 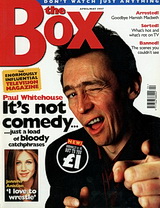 Tagged as 'The enormously influential television magazine', this had a 16 page guide of what was coming up on TV during the month, including cable channels like Paramount, Sky 1, Sky 2, Bravo, TNT as well as the terrestial channels. The Buzz was all the TV news, which said that Doctor Who was not going to continued after the failure of the Paul McGann movie. Then there is the Buzz in 1976, showing old TV news, including Tom Baker being picked to be the new Doctor Who. There's an interview with Charlie Higson and Paul Whitehouse about The Fast Show (hence the front cover), Jerry Seinfeld and Alan Davies. Articles included scenes that were banned from TV, the future of television and Digital TV. The last article was interesting on how wrong and right it was, like 500 channels, BBC's side channels to complement existing channels (i.e. red button), Channel 4's specialist sports shows and arthouse movie slot, Granada Sports Club and Sky One. The magazine cost £1 but normal it was £1.95 and adverts include topaz condoms, the film Fever Pitch, with Colin Firth and Ruth Gemmell and a Panasonic 51cm Nicam Stereo TV for £379.99 from Granada. 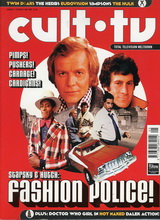 SFX Magazine included a preview version of the magazine one month before the first proper issue. Everything from Danger Mouse to Doctor Who was featured with articles about the programmes. Top ten style lists featured in every issue, like top 15 glamorous assistants, or top 20 TV sequels, as well as test cards (trump cards for characters like Basil Brush, Blakey or Miles Crane). In this issue, Starsky & Hutch, with an interview with Antonio Fargas, interview with Alice Krige (about Star Trek:First Contact), interview with Lance Henriksen about Millennium, TV Series based on films (like Buffy The Vampire Slayer), Eurovision Song Contest, an A to Z of Twin Peaks, The Incredible Hulk, The Herbs and Katy Manning (including a poster of her with a Dalek). Cult shows going to appear on television were featured and this time included Brimstone and Treacle on UK Arena on 16th May, Monty Python on Paramount Comedy Channel on daily at 11pm and Get Carter on TNT on May 28th. The magazine cost £2.95 and adverts include two volumes of The Professionals on VHS and the X-Files Unrestricted Access CD-ROM. 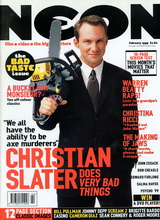 Neon was a film and video magazine, similar to other film magazines. They had short interviews with stars, news about films, reviews of films in production and just released, videos released and a letters page. In this issue, ther are small interviews with Emily Watson (starring in Hilary and Jackie) and Edward Furlong (starring in Pecker), bigger interviews with Salma Hayek, Warren Beaty, Don Cheadle, Christian Slater, Christina Ricci and Jason Patric. The front cover states that this is the BAD TASTE issue, and it has a section called the Big Queasy,listing films liek Harold and Maude, Pink Flamingos, The Cable Guy, Kentucky Fried Movie and The Mean of Life. In the middle they have 12 pages of pictures, including a double sided poster of Casino and The Getaway. Their Coming Soon section was only two pages long, and included a large picture for The Mummy, along with details of Carrie 2 and Office Space. The film and video section is 16 pages long, featuring films Bulworth (given an A grade), Skaespeare in Love (given a B) and Meet Joe Black (grade C). Videos include Lost in Space (C+), Society (B+) and Re-Animator (A). The competition is to win a Philips DVD 930 player with four DVDs, Good Fellas, US Marshalls, Devil's Apocalypse and Midnight in the Garden of Good and Evil. The question, 'who directed GoodFellas?'. The magazine cost £2.60 and adverts include Very Bad Things, starring Cameron Diaz and Christian Slater and Enemy of the State starring Will Smith and Gene Hackman, promoted by Philips and their Genie Mobile Phone.