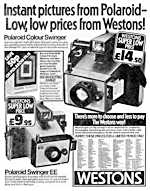 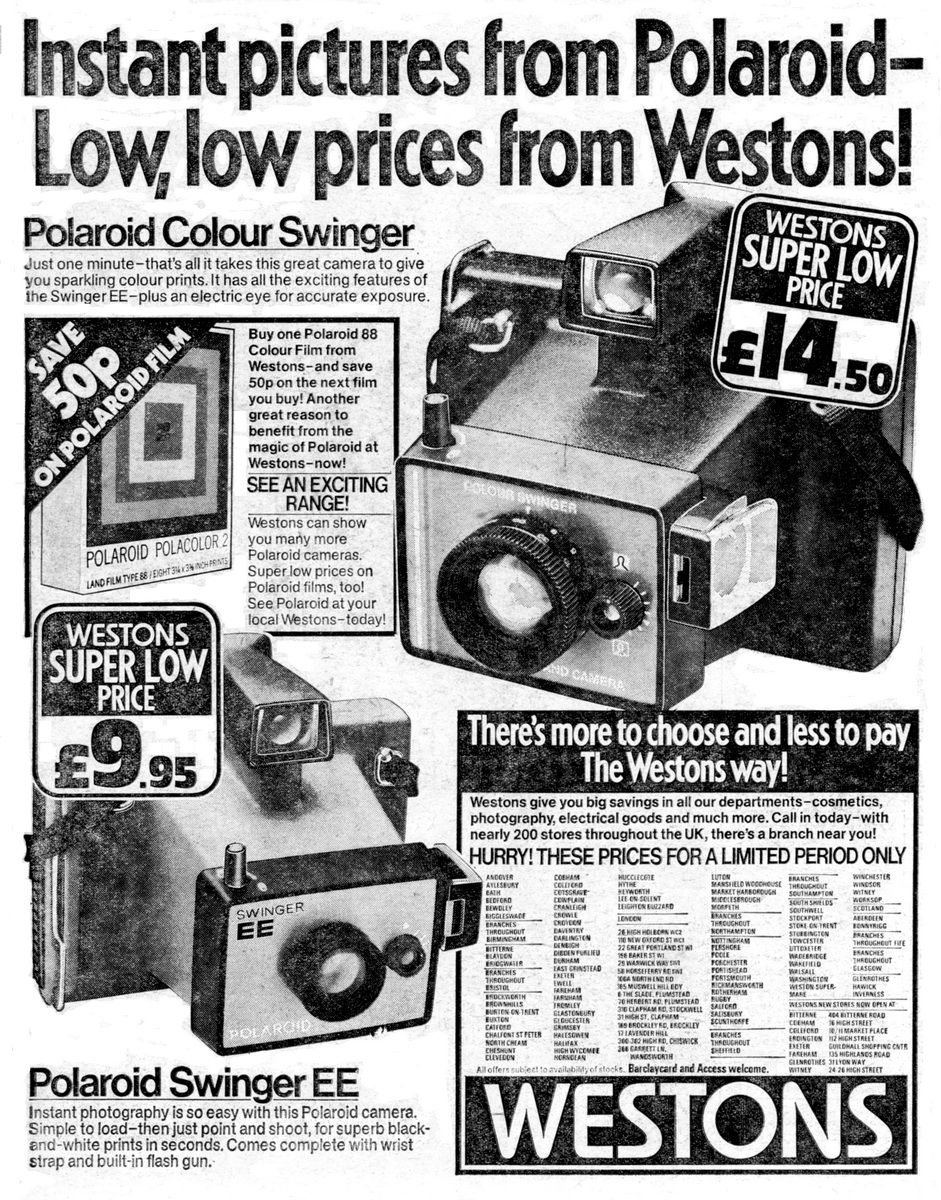 Having recently upgraded my PC I decided to compliment the SBLive card that I was given by Creative Labs for review with a DVD drive and decoder card. Digital Versatile Discs can hold 26 times the capacity of normal CD-ROMS, and can also be double-sided. In addition to this, discs can have two layers, totalling a capacity of 8.5Gb per side (or 4.7Gb for a single layer). This means that feature films can be stored complete on one side of a disc, unlike the older format of Video CD, which could only store around an hour of video (meaning some films like The Firm came on three discs). Even with a fast processor the decoding needs a hand, and so the drive comes with a Dxr2 decoder card, capable of showing MPEG-1 and MPEG-2 files with better quality than a high resolution television. The minimum requirements are a Pentium 100Mhz processor, 16Mb RAM, 10Mb hard disc space, an SVGA display with 2Mb RAM (800x600 at 16-bit colour), a spare PCI slot, an EIDE connector or PCI interface, a spare drive bay, a Sound Blaster or compatible card and Windows 95.

I installed the drive in addition to my current 24x CD-ROM drive (the DVD drive works as a 20x CD-ROM with normal discs) which posed little problems. One of the games supplied, The Claw, would only work if the DVD drive was the first CD-ROM drive, which by default it was not, but by swapping the drive letters around the program was happy. The game is a platform style game similar to Sonic The Hedgehog, but with a high resolution screen, and full view cut scenes. The other game supplied is Wing Commander IV, a space fighter sim with star cast of Malcolm McDowell, Mark Hamill, John Rhys Davies and Crispin Glover in the cut scenes. I couldn't get beyond the first few stages of the game, but you can play the video sequences outside of the game. The PCI card is a Dxr2 or DynamicXtended Resolution. This combines two interlaced fields of the picture signal to give a 60 frames-per-second picture. It also allows you to zoom dynamically in any direction upto 1280x1024.

The DVD window is superimposed onto the monitor using a blue colour overlay. This means whatever is the same shade of blue will show the picture signal. Unfortunately that means part of any window title other that the playback window can show this, as the colour varies from one shade of blue to another in all windows titles. It also means that capturing a still frame is not possible with ordinary screen capture programs, like Paint Shop Pro, as they just see the blue screen. If you have a video capture card you can capture a still frame from the video signal, which I did with my Rainbow Runner capture card. The connection you have is similar to the MPEG decoder cards (like RealMagic), where the normal output from your video card is connected to the input of the Dxr2 decoder card, and the output from that is fed into your monitor. You can connect the PC-DVD drive audio to the decoder, as well as your existing CD-ROM drive, and then connect the audio out to the CD audio in of your sound card. The cable supplied has two connectors, the older JST white socket and the newer MPC black socket.

The card has TV output for RCA (phono) and S-Video, via a single connector with dual cables. Together with the audio out of your soundcard this will provide a signal for your television depending on your region coding. All DVD discs are coded according to six areas around the world:

An American coded disc will not play on a European coded machine, but you can get some discs, which are multi-region coded (sometimes known as Region 0). You can set the region of the drive up to five times, and send the drive back to Creative Labs to reset it five times (meaning a total of twenty five changes). The advantage of coding your drive to Region 1 (America) would be the vast number of films available. However, you will not be able to play them back on a standard television, as they are encoded with the NTSC television format as opposed to the PAL format of Region 2 discs. They will both play on the computer screen (the video sequences for the games are NTSC encoded) but if you intend to use the drive to watch on your television, you should choose Region 2, unless you have a multi-standard television. When I first bought the drive and tried to look for some DVD discs, I found a few available in Dixons, a few more in Currys, and only three in Virgin. By the end of the week Virgin had over thirty films, whilst Sam Goody had a stock of 15 or so discs. The availability of films in this format will make a big difference as to whether it will be a success, and it's good to see the shops making an effort. Several mail order firms have DVD disc in stock also. The range of films vary from Jerry Maguire, Tomorrow Never Dies, Sense And Sensibility, Outbreak, Four Weddings And A Funeral, Bonnie And Clyde, Bulitt, A Hard Days Night, Fargo and The Client to name a few.

One of the features of DVD is the multiple soundtrack/subtitle feature. Most films come with the options of several subtitle languages or soundtracks. The James Bond movies have an alternative soundtrack with the producer giving a running commentary, and the film Mars Attacks has the option to watch the film with only the musical score. It is possible to choose multiple camera angles, which you can change throughout the feature, but I haven't come across any of those discs. They effectively film the program with different cameras and play the signal back simultaneously, allowing you to direct the shot you get. If you have the thought of taping the DVD films via an input to your video recorder, be warned that they come with the same anti-copying signal present on most VHS pre-recorded and rental tapes. The picture is fine when watched, but as soon as you press record on your VHS recorder, the picture signal changes and distorts. You can get around this by re-writing the signal coding by feeding the output into a video capture device, and sending the output from that into the video, but you will lose some quality in the picture. As you cannot rent DVD discs there is nothing to gain from this, unless your computer is far from your TV and you don't want to connect the two just to watch a film.

The Creative PC-DVD player controls the playback of films. You can choose to have the full remote control or a minimal horizontal or vertical control. The main control has a directional pad, which controls a pointer on the screen (this would be used more on a stand-alone DVD player). Certain buttons are only active if the disc is coded according, like the angles menu, audio setting, or captions menu. Films are divided into chapters and these can be repeated, or bookmarked. You can search for a particular time frame setting or adjust the video settings. Playback can be in slow motion and you can forward or rewind a scene frame by frame or in larger steps. In addition to this there is a Video CD player, which plays Karaoke CDs, Video CDs and MPG files.

The decoder card has a S/PDIF output, which is Dolby Digital AC-3 ready. Films can be coded with this 5.1 channel which if played through your normal stereo speakers attached to your PC is downmixed into a stereo output. If you plug a surround sound decoder into the card via this socket, or send the output to the SB Live which can also decode the signal, you can get a complete surround sound experience. With the four speakers I have set up with the SB Live card and the input from the DVD drive, films do sound better. Dialog is usually fed to the front speakers, and music and effects sent to the rear speakers. If you have a large screen monitor then this would be an improvement, but you can always send the picture signal to your television as well.

There are very few games out that can take advantage of the DVD format, which has been released for some time (the manual is dated November 1997, but the format was officially launched in Japan a year earlier). The main selling point will be the films and the picture quality. It's better than VHS, less pixelated than Video CD (which uses the older MPEG-1 format instead of the improved MPEG-2 format of DVD) and for people with wide screen TVs, you get an enhanced picture with wide screen films. Ordinary TV owners will still notice an improvement in picture quality, but will have the black bars at the top and bottom of the screen with wide screen films. There is no option to fill the TV screen with a 4:3 ratio pan-and-scan version of the wide screen signal, but that maybe an option on stand-alone DVD players. As discs can be double sided, you could have a wide screen version and a TV screen version, but I haven't seen any discs of this type yet. Priced at around £200, with films varying in price from £16 to £24, it could an expensive upgrade, but the drive can play audio CDs, CD-ROMS, CD Extra (Enhanced or CD-Plus), CD-Recordable, CD-RW, DVD-ROM, DVD-Video, Enhanced Music CD, Photo CD and Video CD. It states it can play CD-i (Digital Video) discs, which was Philips original green book format before Video CD, but I have tried with some discs of this format (Top Gun for example) and the drive did not recognise them. Despite this, the format with a 17 Gigabyte capacity will certainly see the multiple CD-ROM disc game disappear (Phantasmagoria 2 by Sierra came on seven discs) and hopefully a better looking display. The quality of the game itself though, is still in the hands of the programmer, and then there's always DVD-RAM drives, but that's another story.