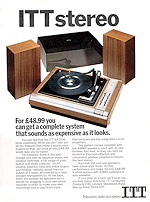 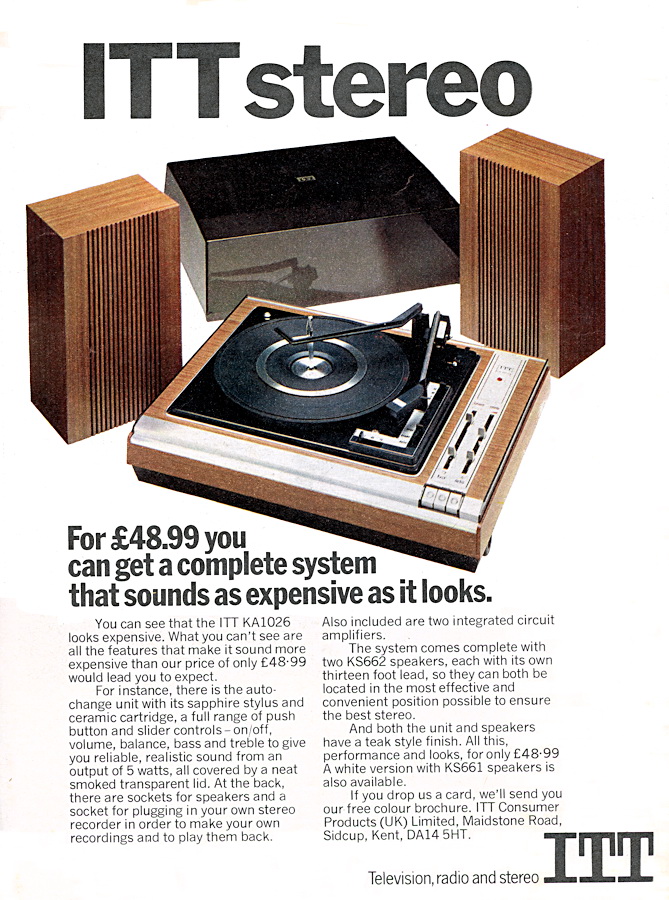 The SoundBlaster Live! Card is a new PCI soundcard from Creative Labs that promises to bring a realistic sound experience to your computer's audio, as well as improving the music capabilities. It requires at least a 133MHz PC with 16Mb RAM. Even though the PCI interface offers a faster speed than the older ISA slots, the processor still does some work, and the change from using RAM on the card to system RAM is one of the reasons you need a fast processor. It's half size, with a joystick port, microphone and auxiliary in, and two-speaker output (front and rear). The card comes with a second panel for digital input and output, as well as midi in and out. The extra panel is similar to the AWE64, with mini Midi in and out, but with a supplied cable to convert to the standard DIN size. There is a digital DIN out for future expansion to a seven-speaker system, as well as RCA S/PDIF in and out sockets. There were no cables provided to test these digital sockets, and the digital output I have on my CD player uses a different optical output.

The major change with this card is the 48 midi channels, accessible from three synths using 16 channels each, and 256 voices (192 wavetable synthesis + 64 hardware accelerated voices). As mentioned before, the soundfont technology does not use memory on the card. Whereas the on-board memory was easily upgraded on the AWE32 using standard 30 pin SIMMS, the AWE64 used Creative's own make of memory card. The SB Live uses your PC's main RAM instead, and this is probably the reason for the faster CPU requirement.

Once the card was installed, Windows 98 did not recognise the device (considered unknown). Running the installation CD updates the driver database and installs the correct drivers. In addition to the installation disc, there are two others, namely a Tour and Demo CD and an Applications CD. On the Tour CD-ROM there is a library of soundfonts, with several Cakewalk WRK and SF2 demo files in 2Mb, 4Mb and 8Mb sizes. Some of these are winners from the soundfont competition held on Creative's Web Site.

The Minimum Sound Blaster Live! software takes 50Mb, with additional items of - Experience 50Mb (demonstration of the effects and features of the card), Creative Keytar 3Mb, Creative Rhythmania 3Mb, Cakewalk Gold Express 13Mb from the installation CD. On the applications disc there is the return of the talking parrot (Creative Prody Parrot) which now has voice recognition and text-to-speech features. The original was a DOS program with a picture of parrot that repeated whatever was spoken into a microphone, at a higher pitch. Also included is a special version of Unreal, developed by Epic MegaGames & Digital Extremes and published by GT Interactive. This Tomb Raider/Quake style game has stunning graphics on a powerful PC or one with a Voodoo 2 graphics card and utilises Environmental Audio Extensions (EAX) that the card offers. This works best with four or more speakers, but does offer total immersion into the game sound atmosphere. Noises can be heard from behind you, and screams from other characters move around as your character turns. The EAX feature is due to be written into many new games, but there are reverb settings designed for games already out now, like Age Of Empires, F1 Racing Sim, FIFA World Cup 98, Forsaken, Jedi Knight, Motoracer, Quake 2, Riven and Tomb Raider. I haven't got any of these games myself, so I could only test it with Unreal.

The complete list of software provided is as follows:


An Audio HQ icon is placed in the system tray, which gives menu options for Environment Audio, Speaker (to configure how many speakers and where your individual inputs appear in the 3D stereo field), Mixer, Sound Graph, Keyboard (to play the midi sounds with the mouse), Device Controls, Soundfont (to load or change the instruments), and Multimedia (which opens the properties for the icon normally in your Control Panel). You also have the Creative Launcher, which is a toolbar attached to the top of the screen, with links to the shortcuts on the start menu, as well as links to the Creative Labs and SBLive web sites.

The Environment Audio option allows effects to be added to either the master output, or to individual inputs, like midi, wav, CD digital, SPDIF, DVD, microphone, or line input. Each input can be placed in your 3D field, so you can have CD audio play behind you and wav files play towards the front. Although the effects work with a two-speaker set-up, the card is better suited to a four or more speaker set-up. Positioning of the speakers does not seem to affect the environmental audio effect too much, as I used two normal speakers close to the monitor, and an additional pair hung up on the back wall of the room where my PC was. I had to adjust the volume balance from the speakers themselves, as there is no individual balance or volume control with the settings.

You can choose any of a selection of reverbs and or chorus, and balance between effect and original signal. You can add two other effects from a list of Vocal Morpher, Ring Modulator, Auto Wah, Flanger, Distortion, Echo (Two Tap) and Pitch Shifter. The effect can be routed to another effect (like from Flanger to Distortion) and you can save the balance of a set-up as your own environment, You can even customise the effects settings to create your own types of effects and save them for use in the pull down menu.

The new Soundfont applet is a separate panel that shows the soundfonts loaded, and has a cache initially set to 12Mb. The default SF2 file is 4Mb, but you have choices of 2Mb or 8Mb. You can use a maximum of 32Mb for samples/soundfonts, but as this uses the RAM of your PC, the speed of other programs maybe reduced if you have a small amount available. I have 64Mb of system memory but if I wanted to use the maximum 32Mb I would close any other programs not required.

As this replaces your existing card (the guide says you could use it with another card installed, but I couldn't see the reason why you would do this), it should be compatible with one of the main uses of a soundcard, namely in games. Anything running in Windows will be fine, as it accelerates Microsoft's DirectSound and DirectSound3D. Running DOS games proved a little difficult. Re-booting into MS-DOS mode loads a TSR SBEINIT.COM to emulate an SB16. With games such as Day of the Tentacle, Indiana Jones & The Fate of Atlantis, and The 11th Hour, the card was either autodetected or selected as the SB16. As it supports the MPU-401 UART midi mode, you then select the general midi option on the games to get the best music option. The AWE32 had to use a larger TSR, which sometimes conflicted with the games. Some games like Mortal Kombat would not work this way, as the SB16 wasn't around when the game was released, so you have to select the SoundBlaster option from the game. The FM synth is emulated, and does sound the same as the original (I had a SoundBlaster Pro before an AWE32). It does not use a dedicated IRQ channel (it allocates whatever free resources are available in Windows, but it uses the BLASTER variable, which in default on my machine chose an IRQ of 2. The aforementioned LucasArts games do not make provisions for this IRQ, and changing it involved running different DOS configuration programs, which did not work. The manual suggested changing the IRQ from your BIOS set-up, but even with my new ABIT BX6 motherboard I could not do this. Another problem I encountered was that the input sockets on the card are designed for the newer CD-ROM drives with a digital output. The CD Audio socket is a flat black connector rather than the smaller white block that seemed to be the standard. This meant that I had to buy a cable to test the CD Audio. Older CD-ROM drives will not have a digital output (which uses the supplied cable without problems).

This soundcard will appeal to desktop musicians, with the inclusion of the extra effects and editable reverbs. It's a pity that you can only route them through two midi controller commands, which must be mapped via the control panel before you use them in a midi composition. There is probably a way to completely automate the selection of effects from within a sequencer file, but there was no information given in the reviewer's guide. The soundfonts load automatically if they have the same name as the WRK or MID file when you use Cakewalk Express, once you configure the program to use the correct synth (by default it uses the General Midi setting). There is already an updated driver for the card on the web site. This was to correct the recording of CD digital signals. Using the Wave Studio program, when you selected this source, the program would mute any copyrighted material, which from an audio CD would be everything. The update fixes this problem so you can make perfect digital copies of your audio CDs. One feature I did think was good was the Creative Disc Detector. This control panel applet expands on the Autorun feature of Windows 95/98 with the option to set a particular player (or program) for the type of disc in the CD-ROM drive, such as Audio CD, Video CD, CD-i, Enhanced CD or DVD. Even though there is a PlayCenter program that can play any type of media file (replacing the older stacking players from previous SoundBlaster packages) it's good that you can customise which programs you want to use. The Deluxe CD player from the Plus 98 add-on was my default CD Audio player, as I have catalogued many of my audio CDs.

There are other cards available, which offer similar features, such as Diamond Multimedia's Monster Sound (£93) or TerraTec's AudioSystem EWS64 XL (£399), but the Creative SB Live! Card is reasonably priced (£149), easy to use for both the beginner and expert and sounds brilliant all round... literally!