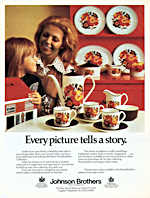 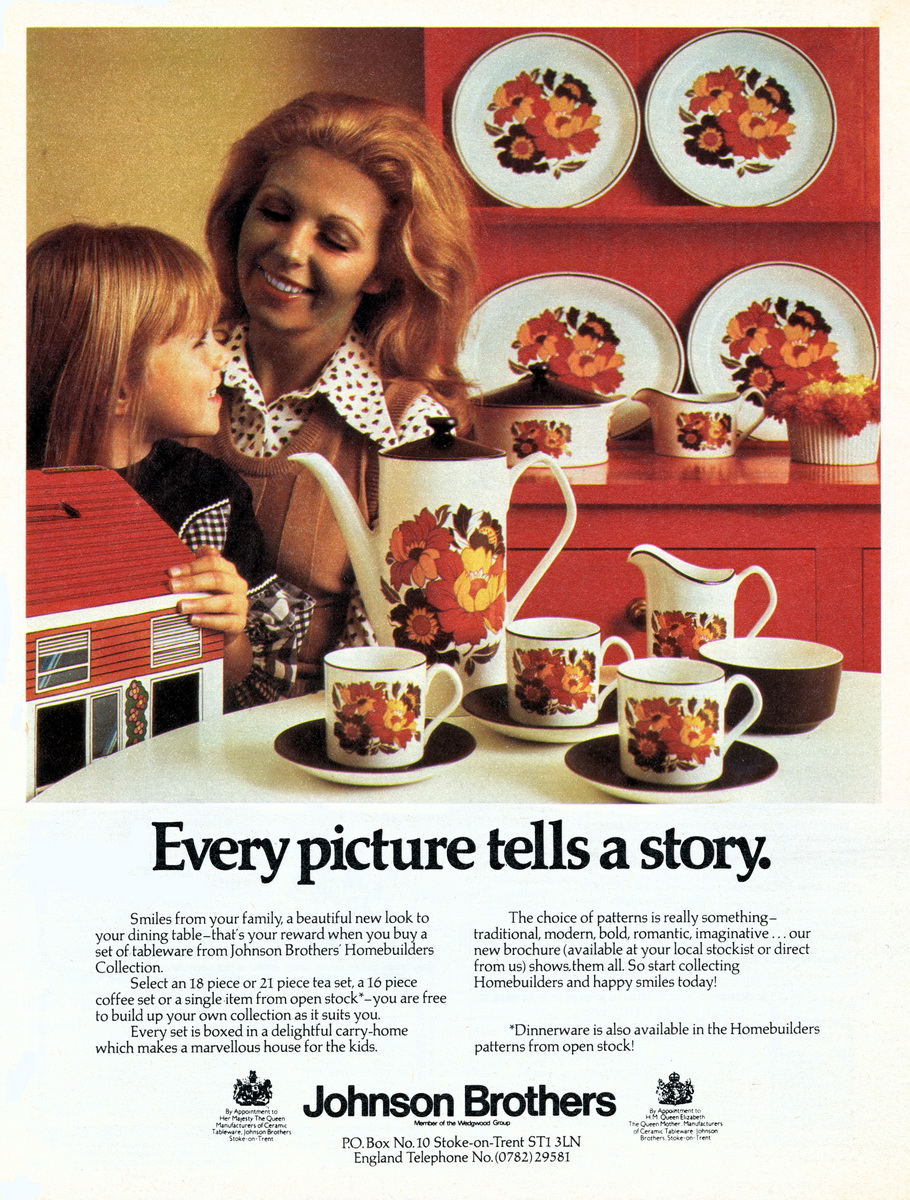 Dragon Dictate Solo is a voice recognition system which allows you to "Dictate to your PC and control any Windows application by voice alone." System requirements are 486/66Mhz processor (Pentium recommended), 16Mb RAM (20Mb recommended), Windows 95 or 3.x, CD-ROM drive and a soundcard. It needs 37Mb of hard disc space for one user, plus 13Mb for each additional user, which includes the 2.5Mb of space for the User Guide and Adobe Acrobat Reader.

Kurzweil VoicePad for Windows: Platinum Edition ships with an active vocabulary of 11,500 commonly spoken words and over 400 commands to control the application and format your documents. Kurzweil VoicePad also gives you the ability to add 200 words of your own. The minimum system requirements are: Windows 95 or Windows 3.1x (running in enhanced mode), 486 DX4/75 microprocessor or higher (Pentium required for Windows 95), 16Mb of RAM, 20Mb disk space, 16-bit sound board, VGA (or higher) video adapter.

Dragon Dictate comes in three versions which all work in the same way - the only difference is the number of words that it recognises. The Solo version has a vocabulary of 10,000 dictation words, Solo Pro Classic has 30,000 words, and the Power Edition has 60,000 words. I was testing the SoloPro Classic version. The software comes with a headset microphone with one ear pad. The cable has a built in amplifier, which takes two AA batteries, and plugs into the microphone socket of your soundcard. After taking a while to adjust the headset to position the microphone (close but to one side of my mouth), I started the program. All the initial tutorials (which lasted about 20 minutes) worked perfectly without any voice training; Kurzweil's VoicePad required training of over 400 words (repeated three times), so it was good to see that this program seemed to work straight out of the box. However, when it came to the dictation into a word processor, it had problems recognising my speech, and so I had to train it.

Quick Enrolment sets up a new user, and prompts you to say about 20 basic words and phrases. Once you have saved this user file, you can then use this profile every time you use the program (i.e. so more than one person can use the system). You need to go through the training procedure to correct the mistakes that the program will make, as it does not know your voice. The more training you go through and the more you use the system, the better it gets at recognising words.

Quick Training takes about 25 minutes and trains the system to adapt to four different groups of words, Correction Words (up to 65 words), Common Commands (up to 110 words), Dictation Words (up to 230 words) and Additional Words (up to 365 words). The word or phrase appears on the screen and you then speak it. Some words have to spoken more than once if the system does not understand what you said, or the level is too high or too low. You can stop the training at any time, and adding new words (like your name) run through a similar process.

The program works with DOS programs, but only in a window, not full screen. I cannot think of many DOS programs that would benefit from voice recognition, except for a word processor if you did not have a Windows version. Any program that produces sound will interfere with the speech recognition so games would not work. You would also need a full duplex soundcard that could playback and record at the same time, and ensure that the microphone did not pick up the music and sound effects of the game.

Command Mode - this is the mode it starts up in, where it recognises application names and dialog box commands like "Bring Up Solitaire" or "Print Pages 3 to 4". Normally the command that has been recognised will appear in the Voicebar.

Dictate Mode - words that are spoken are input directly into the document you are working with, and "Dictation" is displayed in the Voicebar.

There are also some other less significant modes, such as Enter Number and Phone Number Modes.

You can voice activate any application quickly if it is in the Dragon Dictate window group. Some programs like the calculator and solitaire have shortcuts placed in the window during installation. You could voice activate the start menu and move the cursor up and across to point to the normal shortcut, but by the time you have done this it would have been easier to use the mouse!

After the initial training, the accuracy of the program increases the more you use it, as it learns on the fly whenever you make corrections to words that it has misinterpreted. You should only have to correct a word once. This means that for the few times you use it you are constantly correcting the mistakes, which can be frustrating, but after a while it will learn your voice, and interpret better. Here is a passage typed from the literature included, then as it appears when dictated:

Take a few moments now to complete the attached Registration Card and you'll be glad you did for years to come. As a registered Dragon Systems customer, you'll not only protect your investment, but you'll also receive special benefits and support services that will enable you to get the most value from your Dragon Systems software product.

Take a few moments now to complete the attached Registration Part and you'll be plan you need or ease to come. As a registered Dragon Systems customer, you'll not only protect your investment, but you'll also receive special benefits and support services that will determine you to get the most debut from your Dragon Systems software over.

With the few mistakes it looks like the program can work well, but the difference was that the first passage was typed in under a minute, and the second one was dictated in about five minutes. Having to speak with a gap between each word slows you down tremendously, and unless you upgrade to the Natural Speaking version (which interprets complete sentences spoken normally) this program will not improve the speed. As it is a stand alone program, you can use it with any application that requires user input (I think that covers nearly every program you would use!) but you need to have the memory resources to have both programs running.

Floating on the screen during use is a tool called the Voicebar. This is the main display and shows the current mode (such as dictate or command), the active pane and a microphone button, which displays the microphone's status. A 'scratchthat' command removes the previous word. It is better, however, to select the correct word from Choice List. This way the program will learn your speech patterns better, which it attempts to do continuously. The Choice List is similar to a spell checklist of alternatives, providing a list it believes to be similar to the given word. An 'Oops' feature opens a window displaying the last 12 words, each of which can be selected and modified using a Choice List.

The company has a training program available at their offices in Addlestone, which for £116.32 will include a Training Workbook, the ability to create macros for any application, improve the accuracy and speed of dictation and take home your voice profile for immediate use. This will obviously be of use only to new users who live locally, but it does give that extra bit of support. This is in addition to the £86 price of the program.

Installation is quick, and sets up the basic program plus 17,000 phoneme-based words. The program uses it's own word processor program rather than attach to an existing one, which means that you have to cut and paste, or save your dictated documents to use in your word processor. Once the program is installed, you plug the supplied microphone into the PC's sound card - which must be a minimum of 16-bit - and then select the model of the card from a list. The microphone is light, but can become obtrusive if you wear it for long periods. The program asks whether the user is male or female, old or young, and allocates a user name. It then tests the background noise and a series of spoken numbers to initialise the levels. The microphone can be switched on by one of the dedicated dialog buttons, and a new file started by simply saying 'File-Menu, New'. Even with no preparation whatsoever, the program got all the menu commands right first time. Simply saying 'Cancel' if a dialog is being displayed, or 'Cancel-that' if a word has been wrongly identified can rectify mistakes.

Kurzweil recommends that you speak with gaps of about one sixth of a second between each word when dictating. The time between speaking the word and it appearing on the screen was fast, but inaccurate to start with. However, to correct a word, say 'Correct that' and a dialog box pops up with a list of alternatives. Most often the correct word will be one of the options; but if not, you can type it in, and the program will then correct it - and also make a mental note to get it right next time. Punctuation and font attributes (like bold on, set Times Roman) are catered for as well.

As with Dragon Dictate, the initial results were poor, but got better as more words were used. To get the best of the system, you have to run the Enrol option, which requires a 400-word list to be spoken. This is slow and tedious, but does make a difference.

The green button tells you that your microphone is ON. The Take window helps you correct mistakes. The Active Words window is a list of everything you can say. The program can read Word for Windows 6.0 (doc), Windows Write (wri), Rich Text Format (rtf), Text Documents (txt), and Text Documents - MS-DOS format (txt) and save in all the formats apart from Write.

For someone who has learnt to type (like myself) or have used the keyboard and mouse for a long time, using a voice recognition program will seem very slow in comparison. Even after several days training, you will never get up to the speed of typing. For those with disabilities, however, once the software and hardware have been set up, they will be a great help. With Dragon Dictate you have the advantage of using any program, and controlling the mouse movements. With VoicePad, it's the fact that the program is self-contained (although there is an upgrade to Kurzweil Voice to control any program). As they stand, these two applications both need patience, a quiet room and an unchanging voice, but as the programs improve, it could be getting to the stage where you can talk to your computer the same way they do in Star Trek:The Next Generation program, and it will understand you. Of course, it won't have the computing power to do what you say, but it will know what you mean!