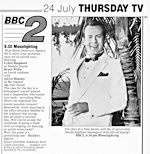 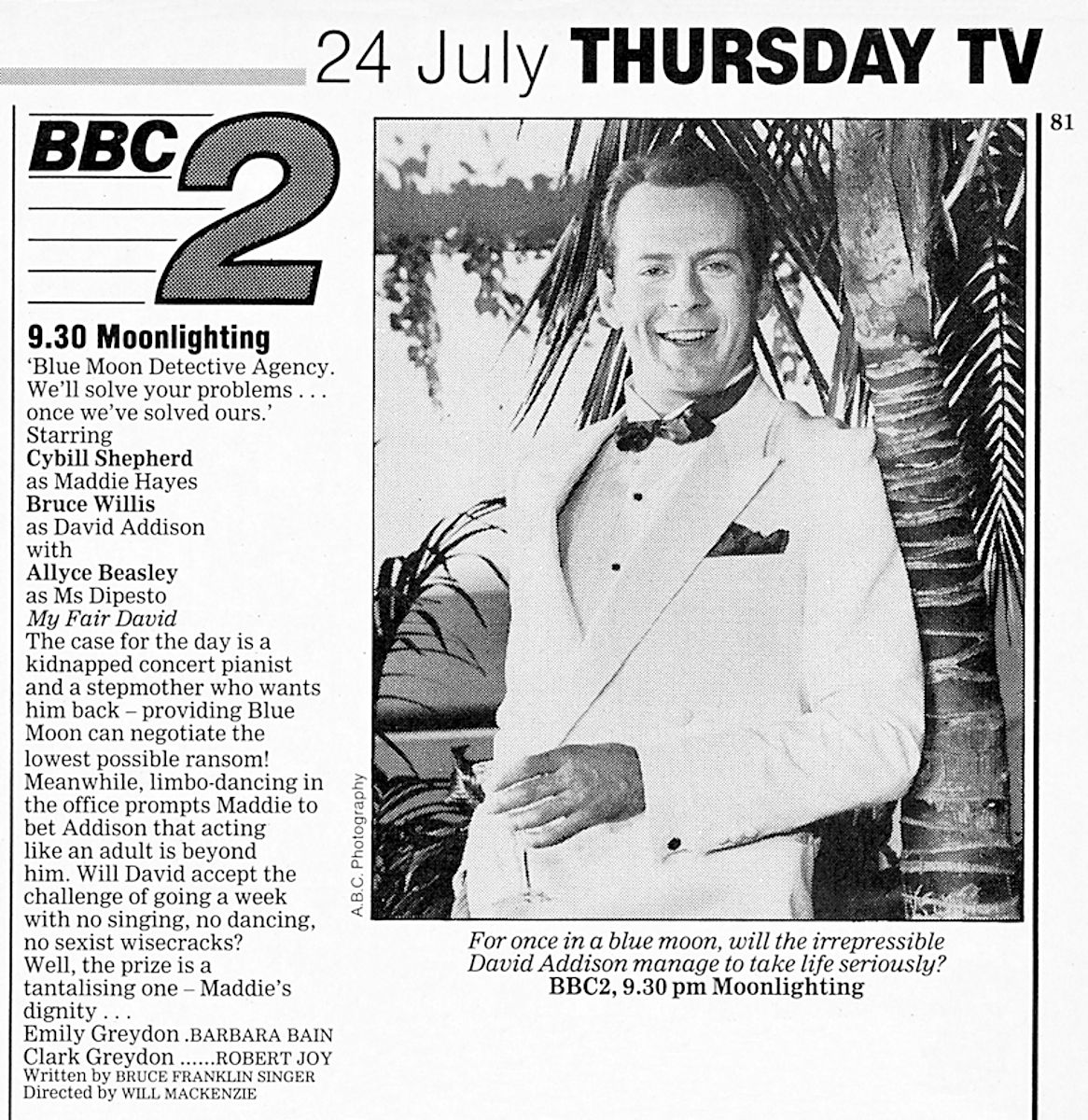 I'll be upfront from the start; this review is not going to be as good as it could be for three reasons. Firstly, there are two versions of this software, a basic one and a plus one with the extra features, and I had the basic one. Secondly, the software has been superseded with version 16 at the time of writing. Thirdly, I don't have any high definition cameras or capture cards so I can only test with standard video footage.

There are plenty of features within the program, detailed as:

DV Camcorders and Webcams - Real-time scene recognition for custom capture, compression and preview, batch processing and single image recording for DV camcorders. Some of these apply to the Plus version though.

Videos from DVD - Imports video DVDs from DVD camcorders and recorders as well as from the DVD reader of your computer and recognizes the .vob file structure as well.

Catooh  Online Content Library - This is an online content library you get access to. You can get loads of music, effects, styles and DVD menus for your video projects.

Customizable Interface - The individual windows can be re-sized or repositioned any way  even across multiple monitors.

3D titles - Choice of over 100 animated and static templates (e.g. flowing opening/closing credits, subtitles). Not a key feature but a great way to give your final production that extra something.

Multi-cam Editing - Synchronize 2 cameras and select the best scenes with live preview. Only available in the Plus version, you need footage of the same scene from two cameras that is identical. Fine if you have two people filming something.

Magnetic Objects - Automatically set decorative elements, picture-in-picture and text objects to follow moving objects in the background video. In most video editing software at this level of the market this feature is missing.

Real Time DVD Burning - Burn directly to disc during analog capture from TV card, camcorder, DVD player or VHS recorder. I can't see the point of this feature as the whole point of a video editor is to edit the footage before you finalise it to disc.

Smart rendering - Import, capture, edit, and burn to disc in original format without recalculation (requires a free activation via the Internet).

Working in Edit Mode you have a standard timeline and preview monitor along with quick access to all your media files, as well as an editing media pool including fades, titles and effects. You have 99 tracks which is excessive to say the least. Some programs give you four tracks or less so it's nice to have the choice but I doubt the program could cope with more than a few tracks of videos, titles and audio, let alone your PC.

When you import a file that's not in the same folder as the project file, an error message says that you should let the program copy the file into that folder. It's easier to have all the files in one place, but if you choose to import the file into the project and don't copy it, you're told "It may be the case that you will no longer be able to load the film after this operation," which is a bit disconcerting. If you drag the file to the preview window, set in and out points there, and then drag that into the project you do not get the warning. If the location is that important, you should get the error message regardless of how you add the video to the project. DVD Factory copes with this if you load a project and the files are not in the same place. When it can't find a file it asks you to relink to it, and you can browse to find the file. If all the other files are there it will not bother asking. Even with a picture you can link to a different one and the program may warn you about it but it will cope.

The timeline is a bit confusing as it does not show the video on the other tracks but it is simple to cut and trim your clips. Alterations to individual clips such as fading them out, putting text over them, or putting titles on them are handled by separate tabs.

You can apply slow motion to adjust the playback speed of a clip from half to double time. You can also select a speed by entering a value or by dragging the clip to the desired length. The program doesn't push back the other clips located later on the timeline; instead, it creates a dissolve transition with later clips. To get around this you have to manually push back all subsequent clips on the timeline before applying the filter. By default, the program slows the audio to match the video.

Transitions include all the usual fades and wipes, but other than some filmstrip-like effects, they're nothing spectacular. In most instances, all you can customize about them is duration. As with many editing programs you don't need to use these fancy effects. Look at any video or film and you will only get very simple cuts or fades. When did you last see a film that used diamond shapes to go to a scene followed by a jagged diagonal cut?

Movie Edit Pro's still-image pan and zoom controls are very good. To animate an image, select it in the timeline, and then click on the Section/Zoom control, which presents a configurable box in the preview window and a timeline beneath various controls. You drag the edges of the box to define the visible section of the image you want to see at that frame. Then you drag the edit slider to another point in the timeline and click a diamond icon to add a keyframe. Then you readjust the box in the preview window to define visible location in the image for that frame, and repeat as necessary. The controls are very flexible and precise, and shouldn't be hard for most users to grasp. In fact, you apply and customize most effects using the same keyframe timeline, which serves as a central repository for all applied effects.

Movie Edit Pro's title functionality is awkward but usable. You design basic 2D titles in a title editor, which displays the text over the preview screen, with sliders for positioning the text in the frame. If you want to add two text elements with Movie Edit Pro, you have to create a second title and put it on a separate timeline.

The Audio tools in Movie Edit Pro include an audio mixer, which lets you listen to your production in real time and adjust levels on all tracks, creating key frames you can customize by hand. Although there's an audio noise-reduction feature, it's more tuned towards removing camera noise than general background noise.

Movie Edit Pro has a YouTube upload function, but it only supports the base level even though YouTube has three quality levels. Unless you value ease of use over quality, you're better off rendering the file separately and uploading it yourself.

There's also a confusing lack of distinction between projects and movies. For example, the program can load multiple projects, which is handy for copying and pasting content from one to another. But to close an open project, you have to choose File > Manage movies > Remove movie from project. You then get a message that you have to Export the movie (rather than save the project) if you'd like to use the movie again. If you click Delete Movie (again, to close a project), the error message promises to "remove the movie completely." It can take a while to work out how to manage projects and movies.

For those wanting to create holiday movies or put together a promotional video, extra software includes travel route (Vasco da Gama MAGIX Edition) which can create the effect like the travel map scenes in the Indiana Jones movies. There is also a 3D realtime animation software (Reallilusion iCone 3 SE) which can create a 3D character that can lip sync. It's like CrazyTalk, which is hardly surprising as it's made by the same company. It's a cut down version as well, and iClone is up to version 4, so it's not up to date.

There are plenty of tutorials included, but they are in an mxv format rather than any standard video format, so you cannot view them without installing the software first. Similarly, the audio clips are in Ogg Vorbis format rather than wav or mp3. The manual is a PDF file, but it is only installed to your PC, so you can't view it from the disc. You do not get a copy of the free Adobe reader software on the DVD; instead, they supply the Foxit Reader.

When you have finished your movie and you want to export it, you can get confused by the array of options available. The process is mentioned on page 98 of the 128 page manual, but the fact that parts of the manual are not in English (i.e. in German, like the bottom of page 100) doesn't help. Even though there is support for many formats (both to import and export) if you want to use MPEG-4, you'll have to pay extra to add that ability to the program, although it is free if your bought the Plus version.

Magix's DVD authoring features are okay, but not as good as a dedicated DVD software tool. From a workflow perspective, you set chapter points on the timeline, which is nice, and the program offers a wide selection of still and animated menus in both standard and HD video. The templates lack polish; you choose one by clicking through a template tree on the lower left of the authoring interface, which opens templates in a small preview window on the bottom of the advanced screen. Double-click any template to add it to the project. From there, you can change the number of buttons on each menu, change the appearance of control buttons and content thumbnails, or add a static or video background and audio for your menus. Unfortunately, menu navigation is fixed from main menu to chapter menu, with no option for freeform branching. Mind you, many DVD programs lack a complete choice of control. DVDLab gives you total control of where each button links to and what happens after any video is played, but that does mean a lot more work in creating your disc.

Movie Edit Pro Classic is priced at £49.99 while Movie Edit Pro Plus costs £69.99. The latter includes multi-cam editing, native AVCHD editing, and batch processing, as well as several other bundled software apps. The manual points out any features that are only in the Plus version.